An evening in Lisbon with Nepalese Mi Ku

I was introduced to Mi Ku yesterday afternoon in rainy Lisbon by my good friend Jackie Taylor.

AND NO – neither the band nor Jackie was in  Europe.

My curiosity led me to the heading Mitho Kura. Sweet Things and right below the familiar name of my  friend and fellow music lover – Jackie.  From there it was only a copy/paste and a click to Soundcloud where I got lost in the small selection of Mi Ku’s live performances.

Mi Ku goes their own way

What a huge relief it is to get introduced people who go against the trend. Like the musicians behind Mi Ku who refuse to let the cultural impact from the gentrification of the developing world carry them away… or run them down.

The six young musicians from Kathmandu University that formed Mi Ku in 2017 insist on sticking to Nepal’s musical past – but without getting lost or caught in old dusty nationalism that often happens.

Instead they carefully edge up the instrumentation with discreet contemporary grooves and poetry reading/talk that made me wonder how a Himalayan Joanna Newsom / Laurie Anderson clone would sound like after my first listening.

Take a track like Dizziness that that starts with electronic-ambient-like grooves – but you can’t call the track electronica. And it’s definitely not pop. Buts it’s not traditional Nepalese Folk either… and some parts even smells funny like jazz!

I would love to see the Mi Ku live.

But for the next many month I will be in Lisbon.

I would also love to hear their sound in a studio version… but I just can’t remember a local recording where the sound has impressed me. Mi Ku’s music deserves an international experienced producer who can guide the band through the studio’s endless possibilities without over producing but with a proper mastering.

Until ???  the world will have to make do with the music the band shares online… can’t wait to hear more! 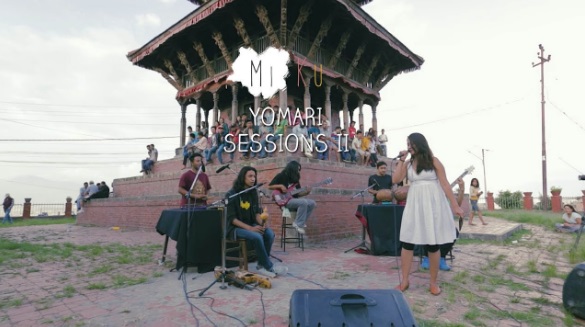 Mi Ku(short for Mitho Kura or Sweet Things)personifies the Nepali youth’s craving to happily transcend boundaries to regenerate the ‘sounds of music’ that has been our own, creating a seamless blending of contextual poetry into the fathomless ocean of musical possibilities…

Margrethe Vestager – Please help us before Google destroys our business

Google find us guilty in serious accusations in obviously fake reviews from completely strangers. We as hotel owners are helpless. Forget about “innocence until proven guilty” – no trial and no real people. Bulletproof documentation is useless – Google don’t want them.

Living in Lisbon? Here is a easy Flæskesteg DIY

If you live in Lisbon and can’t live without a traditional Danish Pork Roast for Christmas – aka a Flæskesteg – don’t panic. We have done 18 perfect roasts this month so far and don’t mind sharing our recipe.

Lisbon has NO Tourists. Covid forced us to do something to make money. So we have done pop-up Christmas Lunch in the lounge for the last two weeks. A big success – but a lot of work. If you have a craving this is last chance